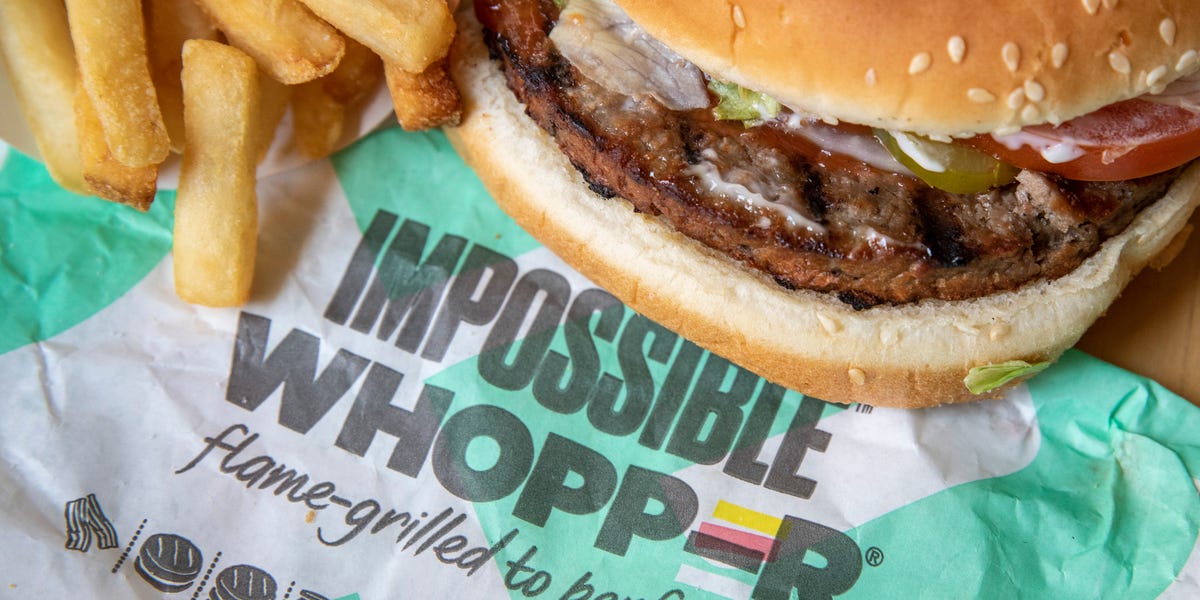 When it comes to late-night eats and food deliveries, a new report reveals that people are increasingly turning towards healthier or plant-based food options.

Uber Eats, one of the leading food delivery services in the world, just released its review of the most popular food and travel trends of 2019, as well as its predictions for what people will be ordering more of in 2020.

Food searches currently accelerating in popularity on Uber Eats include common vegetables like brussels sprouts, kale, and cabbage, but also more “Instagrammable” foods like star fruit and squid ink-infused foods. Plant-based alternatives like the Impossible Burger and oat milk are also seeing a surge in popularity.

“Over the last year, we’ve seen how important it is for people to feel good about what they eat and order, driving an even greater increase in socially conscious and health-conscious dining,” said Jeanette Mellinger, head of Uber Eats user research. “What started as a trend last year has become even more mainstream, with milk and meat substitutes gaining in popularity, and eaters looking to enjoy foods that contain added health benefits — like collagen.

“And while it’s always fun to see those eye-pleasing items — like starfruit and squid ink — take center stage, we’ve noticed a few veggie favorites are here to stay. Our customers continue to enjoy cabbage, cauliflower, kale, and Brussels sprouts, and given this healthful eating trend globally, we don’t expect those to go anywhere anytime soon.” 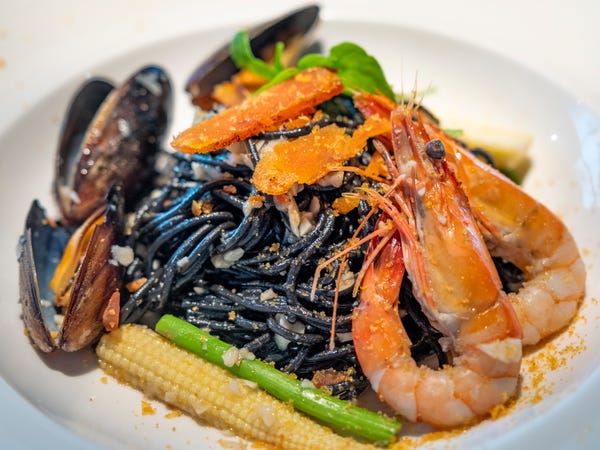 A number of different food items involving squid ink have recently hit the market, including squid-ink burger buns and pasta. The ink is said to add a slightly salty, briny taste to dishes, and may reduce blood pressure or have other positive benefits. Research, however, is mixed and not substantial enough to prove any real health benefits.

Reishi mushrooms, which can be eaten whole or made into tea, are attracting consumers with their potential immune system benefits. 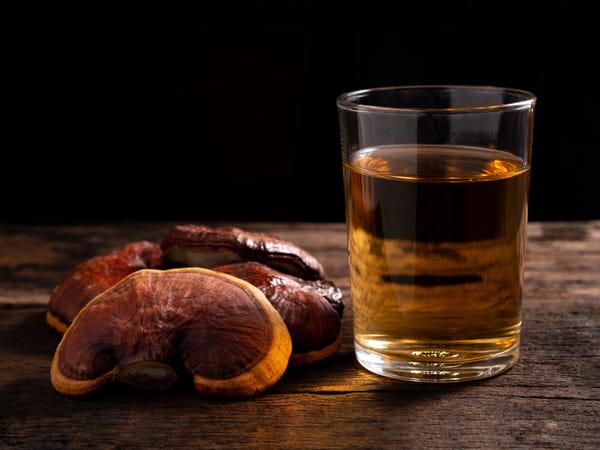 Reishi mushrooms have long been a staple in Eastern medicine, but people have increasingly been ordering items with the ingredient on Uber Eats.

Keto food options are also experiencing a surge in popularity as people embrace a low-carb lifestyle. 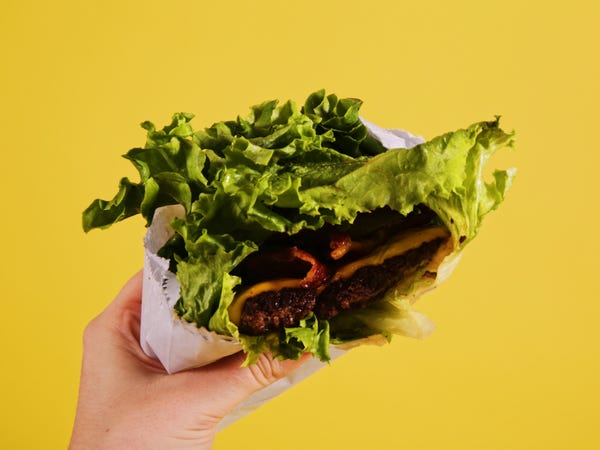 The ketogenic, or “keto,” diet has seen a surge in popularity over the last few years. As more people turn towards the low-carb way of eating, keto diet foods are increasing in popularity as well. According to Mordor Intelligence, the global ketogenic diet food market is projected to grow by 5.3% between the years 2019 and 2024. Though brussels sprouts have gotten a bad rep in years past, foodies now are absolutely loving the vegetable — and increased sales year after year are proving it.

“Brussels are undergoing a renaissance,” Jacob Shafer, a spokesman for Mann’s, told Vegetable Growers News. “The rise is, in some ways, connected to recent research stating Brussels sprouts are as rich a source of many nutrients compared with kale.”

Healthy foods like kale, cabbage, and farro are also getting more popular. 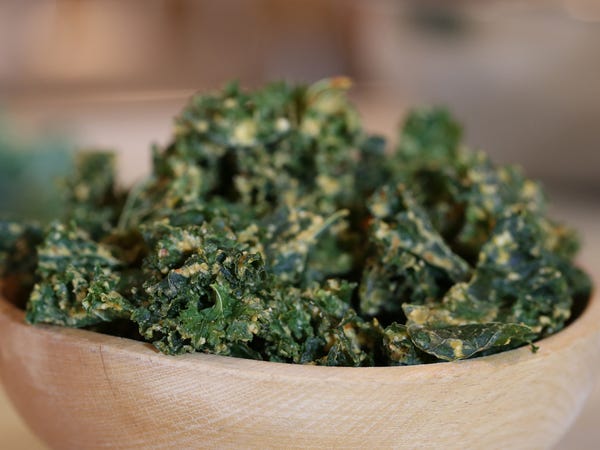 Health foods and organic products are expected to increase in popularity as we approach 2020. According to Market Watch, the health and wellness food market is expected to see a growth rate of 5.7% between now and 2024.

Uber Eats reported a rise in cauliflower orders after cauliflower gnocchi and pizza crusts took over the food scene in 2019 — a trend that’s expected to continue. 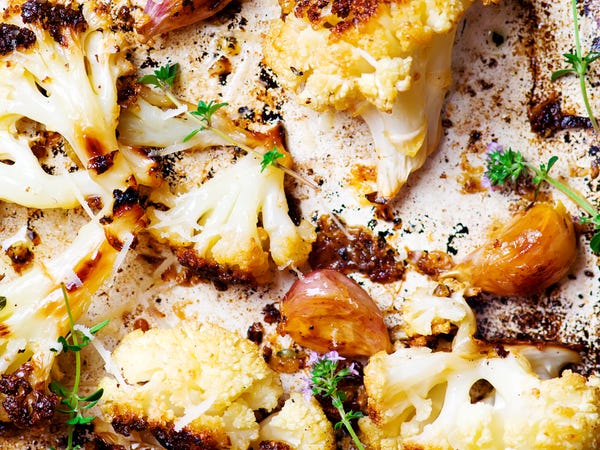 Called the new “cash crop” for grocery stores, cauliflower has exploded in popularity in the past couple of years and isn’t expected to wane any time soon. Cauliflower gnocchi, pizza crust, and other grain or starch alternatives are rising in popularity as people attempt to cut carbs from their diets.

“Products that contain cauliflower are experiencing faster growth in sales than their overall categories. It’s driving growth across all foods,” a Nielsen spokesperson told The New York Times. “A growing number of food companies are capitalizing on the trend by using vegetables to replace popular carbs in things like rice and flour. Consumers are opting for cauliflower in particular because of versatility and relatively mild flavor, using it to make an array of recipes that have spread across social media.”

Harissa has been called “the new sriracha,” and it’s quickly gaining popularity. 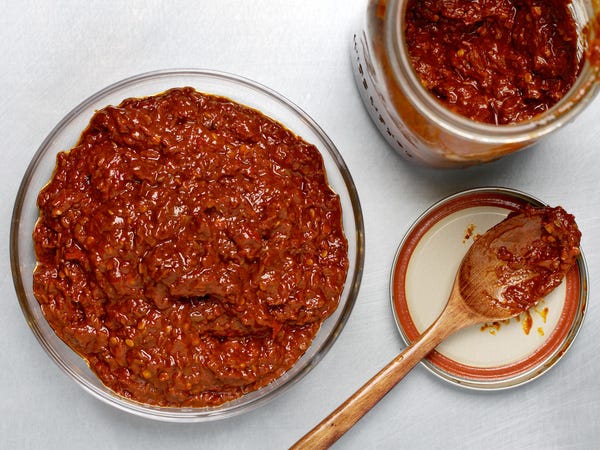 Harissa, a hot chili pepper paste, saw a rise in popularity between 2014 and 2015, when Time named it one of 2015’s food trends. Uber Eats now reports that people are increasingly ordering dishes with harissa as we head into 2020, indicating the spicy sauce may be making a comeback.

Bone broth is one of the latest health-conscious food trends to hit the market, and online food orderers are catching on. 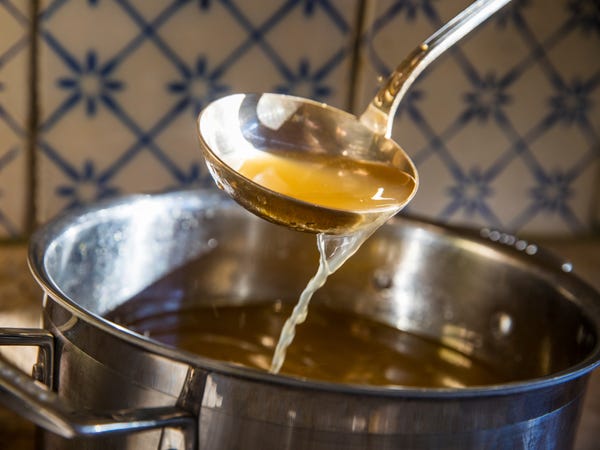 A staple of the paleo diet, which saw a huge surge in popularity throughout the decade, bone broth is thought to have a number of health benefits. The liquid rich in collagen is thought to reduce inflammation, boost the immune system, strengthen bones, and promote healthy hair and skin.

Ginger is also a popular ingredient, perhaps due to its natural health benefits. 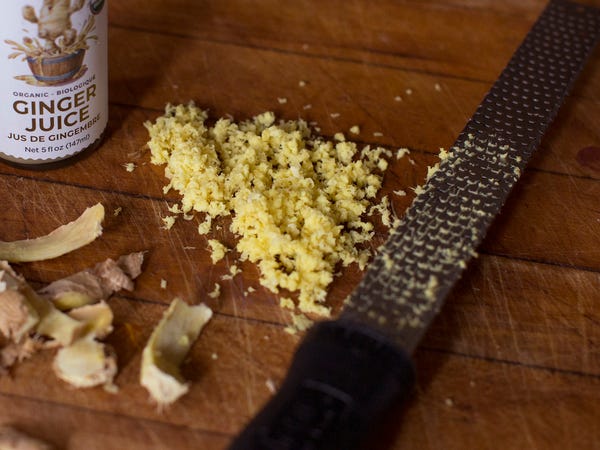 Ginger is known to have a number of health benefits, perhaps leading to a rise in online food orders containing the ingredient. According to a report by Transparency Market Research, the global ginger market is expected to gain revenue worth $4.18 billion by the end of 2022, and experience a growth rate of 6.5% from 2017 to 2022.

Hummus is also gaining in popularity. 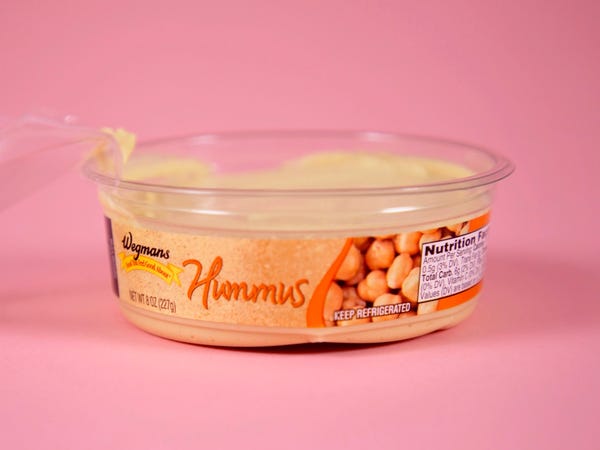 The market for chickpeas, the main ingredient used for hummus, grew at a rate of 6.5% between 2014 and 2018, according to Market Watch. Demand for Middle Eastern and ethnic cuisines is reportedly increasing as we head into 2020, with orders for hummus accelerating as we begin the next decade. 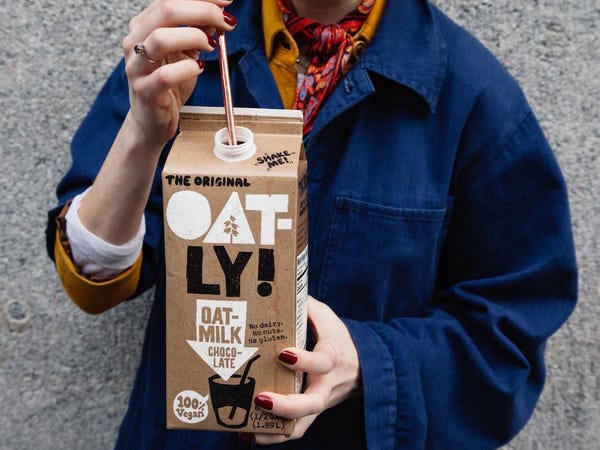 As more companies race to release their own nondairy milk alternatives, it’s no wonder that online orders for oat milk are on the rise. According to Marketplace, 2019 sales of oat milk in the US have skyrocketed to $29 million, up from $4.4 million in 2017.

Oat milk company Oatly is largely credited for starting the oat milk craze. Between 2017 and 2018, the company’s revenue grew from $1.5 million to more than $15 million, and that was expected to double in 2019.

The popularity of cold brew is also expected to continue in the new decade. 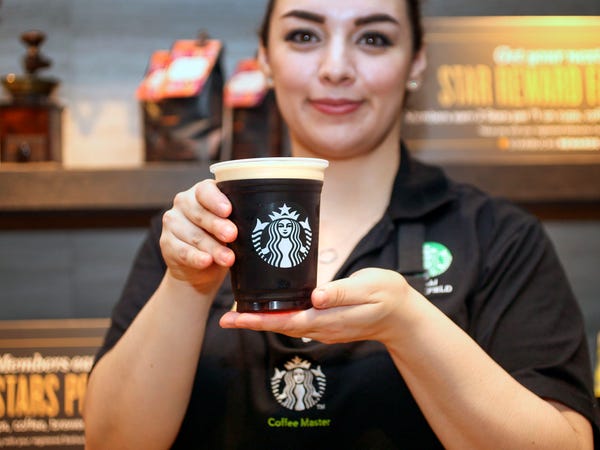 The popularity of cold brew has “soared” in recent years, according to CNBC. Cold beverage sales make up half of coffee retailer Starbucks’ US sales, and the company has released two new cold brew beverages in the last year alone — the Pumpkin Cream Cold Brew, its first new pumpkin coffee drink since the release of the highly popular pumpkin spiced latte in 2003, and the brand new Irish Cream Cold Brew, which launched December 3.

Datassential, in collaboration with CNBC, also reports that cold brew now appears on 7.3% of US menus, up 356% over the last four years.

Another entanglement seems to have unfolded as Keke Palmer slammed August Alsina’s rumors after Jada Pinkett Smith and Will Smith’s drama erupted earlier this July. While it’s not an entanglement of the same nature—as in, 48-year-old Jada’s previous romantic relationship with 27-year-old August—it definitely had the Twitterverse grabbing popcorn in the same way. Keke, 26, […]

The Americans dying because they can’t afford medical care

Susan Finley returned to her job at a Walmart retail store in Grand Junction, Colorado, after having to call in sick because she was recovering from pneumonia. The day she returned, the 53-year-old received her ten year associate award – and was simultaneously laid off, according to her family. She had taken off one day […]