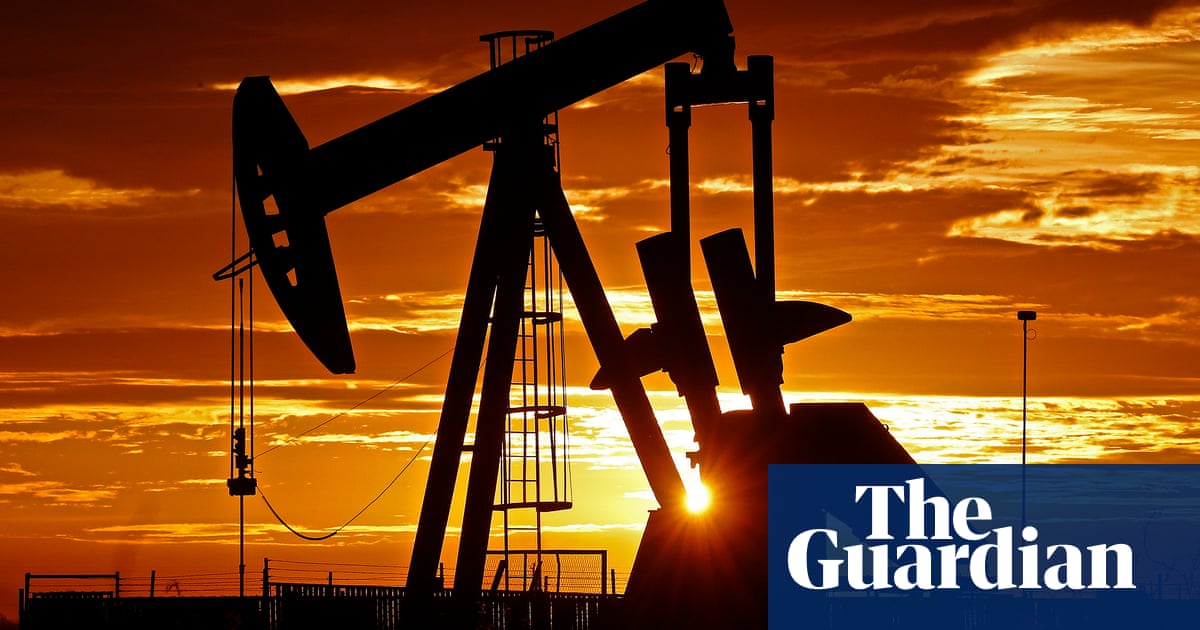 Global oil prices have slumped further after the world’s energy watchdog warned that the biggest production cuts in history will fail to offset the deepest fall in demand in 25 years.

The benchmark price for Brent crude dropped by more than 5% to $28 a barrel on Wednesday amid gloomy forecasts for demand during the coronavirus pandemic. At the same time US oil prices tumbled to 18-year lows of $19.20 a barrel after the quickest rise in surplus oil supplies in history.

The International Energy Agency (IEA) told the market to brace for the lowest oil demand in 25 years because of the global lockdown across numerous countries and territories to contain the virus.

Oil demand will this month hit its lowest levels for the year, according to the agency, falling below last year’s average by 29m barrels per day to reach levels not seen since 1995.

“Even assuming that travel restrictions are eased in the second half of the year, we expect that global oil demand in 2020 will fall by 9.3m barrels a day versus 2019, erasing almost a decade of growth,” the IEA said.

The sharp collapse in oil demand has left the global market oversupplied with enough crude to overwhelm storage facilities in landlocked oilfields. In the US, oil inventories climbed by more than 19m barrels in the last week, the biggest one-week increase in history.

The fresh price falls come days after the world’s largest oil producers within the Opec cartel agreed with its allies and other G20 countries to cut up to 20m barrels a day fromproduction from next month.

The IEA said there was “no feasible agreement that could cut supply by enough to offset” the impact of the virus on global oil demand but added that the plan was a “solid start”.

The IEA’s warning emerged hours after the International Monetary Fund predicted the deepest recession since the Great Depression because of the impact of the Covid-19 crisis.

The latest IEA report says the oil market is at its darkest moment in what will be a historic year for the industry because of the unprecedented global lockdown.

Data commissioned by the Guardian this month shows that the coronavirus is likely to cut billions of barrels of oil, trillions of cubic metres of gas and millions of tonnes of coal from the global energy system and erase 2.5bn tonnes of carbon dioxide emissions from the fossil fuel industry.

This would be the biggest drop in CO2 emissions on record, in a single year eclipsing the carbon slumps triggered by the largest recessions of the last 50 years combined.

The IEA’s findings underline fears among oil traders that the deal hammered out between Opec and its allies over the Easter weekend would prove “too little, too late” to prevent further oil price falls.

The plunging oil market price has forced oil rigs producing more than a million barrels a day to shut and wiped billions from the market value of the world’s biggest oil companies.

Why everyone is saying happy 420 day

You’ve probably seen people sharing 420 and wishing others a Happy 420 day! If you’re a bit baffled by it all don’t worry, it’s all because April 20 is the unofficial international Weed Day. The code 420, also seen as 4:20 or 4/20 and pronounced four-twenty, is a code-term for cannabis culture that refers to […]

noun Save Word To save this word, you’ll need to log in. Log Inco·​ro·​na·​vi·​rus | kə-ˈrō-nə-ˌvī-rəs plural coronaviruses 1 : any of a family (Coronaviridae) of single-stranded RNA viruses that have a lipid envelope studded with club-shaped projections, infect birds and many mammals including humans, and include the causative agents of MERS, SARS, and COVID-19 […]

Fine particulate matter and COVID-19 mortality in the United States