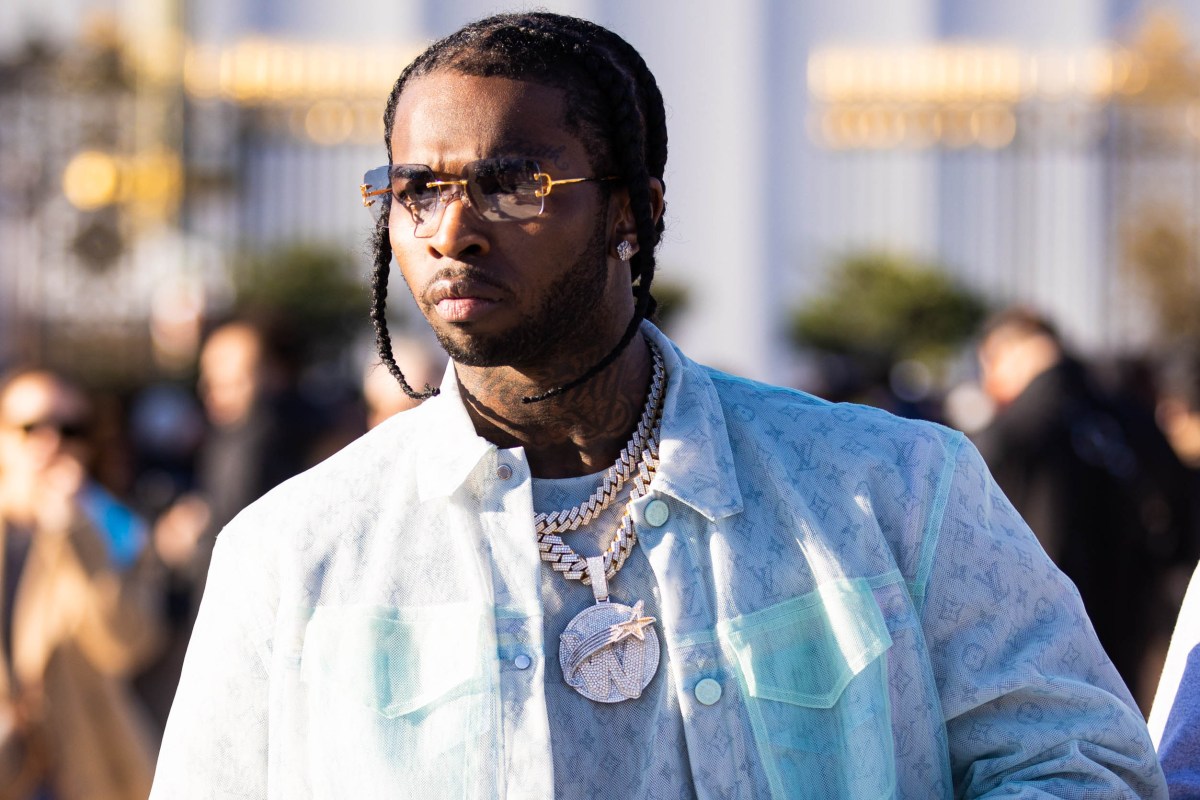 Brooklyn-born rapper Pop Smoke may have been shot dead over his ties to the Crips — with the killing appearing to be a targeted hit, according to a report Thursday.

The “Welcome to the Party” star was initially assumed to be the tragic victim of a robbery gone wrong after four masked men stormed a Los Angeles house party in the early hours Wednesday.

That theory emerged in part because the rapper, dripping in jewelry and Louis Vuitton, had posted an Instagram photo of a friend holding a huge stack of cash — while also posting a package that showed the address for the Hollywood Hills home where he was staying.

But the four assailants fled the $2.5 million mansion with no cash or jewelry — leading police to believe it may have been a gang-related hit job, sources told the LA Times.

“I am not comfortable calling it a robbery right now,” Robbery Homicide Division Capt. Jonathan Tippet told the paper. “There is a lot of information available. We have some work to do.”

Detectives on Thursday were treating the slaying as gang-related homicide, law enforcement sources told the paper.

Surveillance footage from the home shows four people fleeing empty-handed, with three of the attackers bolting to the side of the house. A fourth appears to go to the back door, where there were no cameras.

Police did not release his name, but the star’s death was confirmed by his label, Republic Records, which said it was “devastated by the unexpected and tragic loss.”

Pop Smoke was perhaps best known during his short career for the 2019 single “Welcome to the Party,” which invokes gun violence.

A remix featured rapper Nicki Minaj, who posted a picture of Pop Smoke on her Instagram account after news of the murder became public.

“The Bible tells us that jealousy is as cruel as the grave. Unbelievable. Rest In Peace, Pop,” Minaj said in the post.

Queens-bred rapper 50 Cent was among many of those posting tributes.

“No such thing as success with out jealousy, treachery comes from those who are close. R.i.P,” he wrote alongside a photo of the pair together.

‘If I were rule-maker, there’s no way I would be opening up restaurants and bars before getting kids in school,’ says Dr. Andrew Morris, infectious disease specialist at the Sinai Health System and University Health Network. Source

Prototypes shown with options TAKE ADVANTAGE OF 0% APR FINANCING Now, all hybrid and select gas vehicles in Toyota’s lineup are available with 0% APR financing for qualified customers. VIEW OFFERS Prototype shown with options 1st PAYMENT DEFERRED FOR 90 DAYS Now more than ever, Toyota is here for our community. Eligible customers may choose […]

Hi, and welcome to another edition of Dodgers Dugout. My name is Houston Mitchell and let’s get right to the heartbreaking first topic of today’s newsletter. Andrew Toles played only 96 games with the Dodgers spread over three seasons (2016-18), but he quickly became a fan favorite and when he took a leave of absence […]